Early in his career, Karl has worked on elucidating the neural substrates of sleep either studying everything from whales to humans, rodent and later zebrafish. At the RU NEUROLAB efforts to further establish the zebrafish as an appropriate model system for studying sleep was a significant part of the early work.

The core methods employed including automated behavioural analysis, basic genetics, histology and in vivo/in vitro electrophysiology. The core questions revolved on elucidating the neural substrates of sleep in this teleost fish, comparing them to what is known in mammals; revealing the state-dependent genetic expression in zebrafish and to clarify the role of sleep in various aspects of neural plasticity.

Some aspects of the work turned out to have practical applications (which we are constantly developing further under the aegis of 3Z pharma). Over the last few years, this work has become the core of the research efforts. In brief, we generate zebrafish models of human disease, determine behavioural parameters that best differentiate between WT and mutated (typically using CRISPR) fish and then employ our high-throughput behavioural screening technology to identify compounds that could modulate the human condition. Thus far we have built and used models of epilepsy, Parkinson´s, ALS, ADHD and more.

In parallel to these core activities, we maintain a close collaboration with scientists both domestically and abroad that specialize in fields/methodology allied with ours. This includes medical doctors working in sleep medicine and treating premature humans; physicists working on human fMRI, molecular biologists, neuroanatomists and bioinformatics experts and former co-workers working on rodent models of sleep.

Please send an email to karlsson@ru.is to inquire about student opportunities. 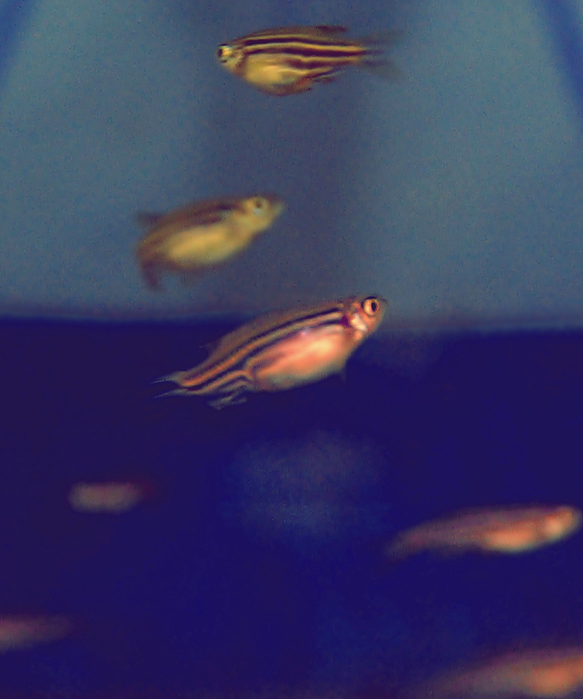